We create results through communications strategies

for some of the world’s leading brands, associations and institutions facing political, public policy and image challenges.

Revolution executes the type of high-profile campaigns you read about in places like The Wall Street Journal and The New York Times, and hear about on Bloomberg and CNBC.

Our approaches are not standardized. We use best practices custom fit to meet our clients’ needs. We are not bureaucratic. Revolution is a hands-on team of strategists, creatives and innovators entrusted by boardrooms and executives to win their toughest challenges. 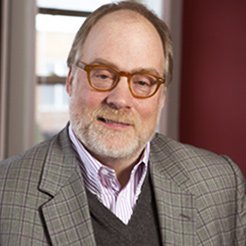 As a student at Georgetown, Mike Murphy was moonlighting as an ad copy writer for the National Conservative Political Action Committee, the precursor to today’s super PACs. He was so good at the craft that he cut short his studies and launched his own political consulting firm at the age of 20.

Over the next two decades, Mike served as the lead strategist and media consultant to more than two dozen winning gubernatorial and U.S. Senate campaigns. He is widely recognized as one of the Republican Party’s most successful consultants and an innovator in utilizing message strategy and advertising to move public opinion and votes. Mike’s client list contains some of the biggest names in GOP politics in recent memory, including Florida Governor Jeb Bush, Massachusetts Governor Mitt Romney, California Governor Arnold Schwarzenegger, Michigan Governor John Engler, and U.S. Senator John McCain.

Mike has also been an adviser to numerous CEOs, Fortune 500 companies, and prominent trade associations, directing high-profile image, issue advocacy, and voter referendum campaigns for Hewlett-Packard, American Council of Life Insurers, The Miami Heat, Caruso Affiliated, Bombardier, Walmart, Coalition for a Democratic Workplace, and the Pharmaceutical Research and Manufacturers of America. An early adapter, Mike’s campaigns for political leaders and corporate America are known for their trend-setting uses of new technology.

Mike has served as an Institute of Politics Fellow at Harvard’s John F. Kennedy School of Government and often lectures at Harvard’s Belfer Center for Science and International Affairs. He is also a frequent commentator on NBC’s Meet the Press, NPR, and a columnist for Time.

Mike has always had an interest in the creative arts and his skills have translated to the entertainment industry. He and his wife Tiffany live in Los Angeles where he is a screenwriter and producer. 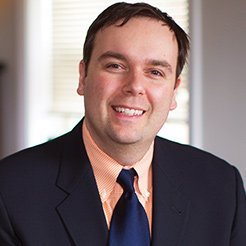 In a career spanning over 20 years in politics and corporate communications, Matt is a trusted counselor to a diverse range of clients, including Fortune 500 companies, top trade associations, and major issue advocacy organizations.

As an active player in national politics, Matt has advised a virtual who’s who of elected officials, helping elect multiple Governors, U.S. Senators and over a dozen members of Congress. A veteran of two US Presidential campaigns, Matt has also served as media consultant to every major Republican Party committee, including the RNC, RGA, NRSC and NRCC.

Since 2008, Matt has served as strategic advisor and leading ad maker for the U.S. Chamber of Commerce’s federal elections program. He has helped deliver some of the Chamber’s top priority wins including 46 wins in the House and 26 wins in the Senate.

An expert in executing issue advocacy campaigns, Matt has also been a senior adviser and media strategist to many 527s, Super PACs and top issue groups, including Right to Rise USA, the Republican State Leadership Committee, American Action Network and the Center for Individual Freedom.

For his work, Matt has earned many industry awards, such as the Pollie, Telly and Reed, including Best Ad of the Cycle and Best Public Affairs Campaign.

Matt is also an angel investor in several start-ups including Shift Technologies based in San Francisco.

He holds a B.A. in political science from Rutgers College, Rutgers University. 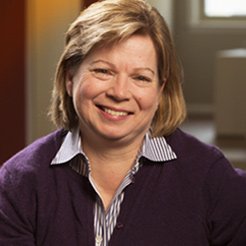 With over three decades of political and corporate experience, Ann has served as a senior strategist and adviser to national political committees, trade associations and issue advocacy groups. Ann has designed and implemented successful voter education and grassroots programs in the legal reform and political campaign arenas, telecommunications industry and the forest products industry. On the political side, she served as the national field director for the National Republican Congressional Committee in 1994 and directed all voter contact and Get Out The Vote efforts for the Republican National Committee in 2000.

Due to her extensive background in voter contact and coalition building, Ann’s work has been recognized by Campaigns & Elections, The Wall Street Journal, Roll Call and Glamour magazine. She received her Bachelor of Arts in American Government from Georgetown University in 1984. 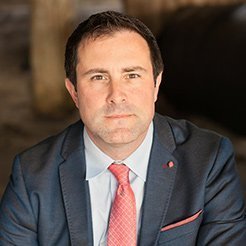 Growing up in the suburbs of Seattle, Kevin displayed an odd early affinity for technology and politics, both with origins during the Presidency of Jimmy Carter. Kevin’s love of technology came from his very first computer, a Commodore Pet 4000 series, which his mom brought home in 1979. Kevin’s interest in politics began that following year when he appointed himself head of “First Graders for Reagan” at St. Louise Elementary School and told anyone who would listen why President Carter was doing a bad job. Despite his efforts, Reagan failed to carry the state of Washington in 1980. Nearly 40 years later, Kevin still enjoys technology and politics and relishes the opportunity to help each leverage the value of the other by helping his clients navigate through the hype and confusion to achieve tangible positive results.

Kevin has been leading corporate issue advocacy campaigns for more than a decade and previously served as Senior Vice President of Political and State Affairs for the U.S. Chamber of Commerce Institute for Legal Reform (ILR). At ILR, Kevin helped direct the organization’s state advocacy efforts, from cutting edge voter education programs to traditional lobby and advocacy efforts.

Before joining the U.S. Chamber, Kevin served as the Director of Corporate Communications for an early-stage technology company, guiding the firm’s media, customer, investor and public affairs messaging. Kevin has also served as the Director of Public Affairs for a non-profit law enforcement and public safety advocacy organization, covering federal and state affairs and serving as the organization’s spokesperson on dozens of news networks including CNN, MSNBC, Fox, NPR, BET and the BBC.

Kevin currently serves on the Boards of Directors of the not-for-profit, California Civil Justice Foundation, as well as a privately held tourism and agriculture company based in the State of Washington.

Kevin’s passions include sailing off the southern coast of California, where he resides with his wife and daughter and rooting for the sports teams of the town he will always call home, Seattle. 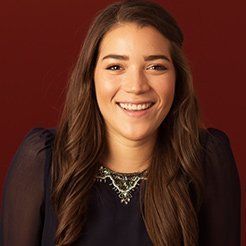 One lesson Celina has learned in the world of political communications is that success usually comes from knowing just as much about yourself as you do about your opposition, and as Ronald Reagan once said, “when you can’t make them see the light, make them feel the heat.” Celina approaches every task with quiet but steadfast determination and a focus on delivering a winning strategy for clients.

Before joining Revolution, Celina was a communications consultant at a leading, Tallahassee-based political communications firm, where she developed and implemented successful public affairs and outreach strategies for a myriad of clients and issues, including affordable housing advocates, health care initiatives, political candidates, legislative initiatives, business and trade organizations and third-party coalition efforts. Celina also served as the director for bilingual media research and deployed internal and external strategic messaging for clients seeking to impact bilingual or Spanish-speaking audiences.

While in Florida, Celina served on the communications team for 2014 Special Election for Florida’s 13th Congressional District.

Arrange an introductory presentation via personal meeting or video conference.

To arrange an introductory presentation via personal meeting or video conference, please fill out the form below:

Talent is the heart of our business, and our clients remind us every day.